There is a certain amount of respect you have to have for warriors; especially those warriors who put their lives on the line, of their own volition, for a cause much greater than themselves. I have always understood this, yet I never quite took that plunge, to be ready at a moment’s notice, to pack up what I need to survive, leave my family behind, and go seek and destroy an enemy seen as a threat to our nation…and that is why I thought five years ago that it was so important for my son and I to celebrate those brave men and women, who HAVE taken that plunge; who have put themselves out there in harm’s way, ready to defend a nation and take the fight to the enemy. Since I was not one of the few, the proud, willing to sacrifice time with family, I owe my ultimate respect to those who did. And five years ago, my son expressed interest in the Air Force, became a huge fan of WWII history, and we started a tradition.

My son has always been what I consider an old soul, born a few generations too late. His heart shows on his face when he talks about how he feels for WWII veterans. When he has met them in the past, his eyes showed wonder and awe. He understands what the greatest generation did when they took a stand against evil. He understands that Captain America mentality; that strange concept John F. Kennedy suggested when he said, “Ask not what your country can do for you; ask what you can do for your country.” Whether my son accomplishes his goals and ambitions and becomes that drone pilot and aircraft engineer for the Air Force or not, he has this deep-rooted respect for honor and tradition, and he is the one that prompts me to give to this military donation or that one. He gets that the world in which we live is an ever-darkening place, and he sees that America has become much weaker and less respectable than she once was. But he and I both hold on to hope, because we know our history, and we know there are still patriots out there. And we both figure there is no better way to honor the ones that have gone before by paying respect and going out to learn as much as we can about the people who fought for the home of the brave. That is why we celebrate.

I am a police officer. Though some of my normal duties have changed, I still have those days where I go to work wearing a gun at my side, knowing that any given moment, some wolf who’s crept into my beat could expose his teeth and go for my gun. Because of training, I can appreciate the action steps and mental mindset needed to react in those situations. Soldiers of course receive that kind of training and more. But I work in an environment and beat area that is somewhat controlled, heavily monitored, and necessary for people from all walks of life…so evil agendas don’t find their way in through our doors near as often as – say – Islamic terrorist insurgents attempting to overrun some American contingent of soldiers or marines over in the Middle East. And I don’t have to fly over an ocean to go meet some of the wolves I may encounter. I may have to fight the domestic enemy. But our veterans; our soldiers, and sailors, and marines, and airmen leave for days and months, thousands of miles away from their loved ones. And they take that training with them…and they hope and pray that the training is enough. They go to unsightly places, and hot places, and cold places, and places in which we have no business being – but they still go. They go in under fire and pull out injured comrades…and injured enemies – and they treat the injuries and move on to fight again. They understand the concept of following orders, and I pray this concept doesn’t die as our older generations die…but America used to be known as a nation full of soldiers and protectors with true grit. And those protectors are why my son and I celebrate.

So here we are on the day of departure for our fifth annual father-son military trip. This year we are going with a dear and trusted friend who took that plunge and served for twelve years for the United State Marine Corps, and we’re going with him to visit Parris Island. My friend Corey is a true warrior – a defender, who did three tours in Iraq as a US Marine, and I am so pumped he is joining us for this trip. Jay is excited, too, and after we watch a Boot Camp graduation and tour Parris Island, we’re going to venture back where it all started for us and watch the Thunderbirds perform in an air show at Shaw Air Force Base. I pray God helps us remain true to the reasons behind this tradition. Besides the father-son bond that I will always cherish, I pray God helps us remember those brave men and women who have gone on to serve and die for their country. I pray my friend Corey can go and have fond memories of the beginnings of his journey, without having to remember too much of the ugly things that happened when he served. And I pray that my son comes back home with the same fervor and love for the military.

You can read this post and many others on Jason’s blog HERE. 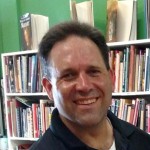 Will Things Ever be the Same Again?